A native of France, Dr. Mesana is recognized as one of the leading heart valve surgeons in the world. He received his medical degree at the Université de la Méditerranée, Marseille, France, where he trained in thoracic and cardiovascular surgery. He received his PhD in biophysics and biomechanics at the same university after extensive experimental work on artificial hearts and ventricular assist devices.

In 1991, Dr. Mesana was, at the time, the youngest cardiac surgeon in France to receive a full professorship. He then became the Chair of Thoracic and Cardiovascular Surgery at La Timone University Hospital, the largest hospital in Marseilles, where he introduced a number of advanced techniques and greatly expanded the cardiac surgery program. He was Visiting Professor of Surgery at Harvard Medical School in Cambridge, Massachusetts, from 1996 to 1997.

Dr. Mesana was appointed Chief of Cardiac Surgery at the University of Ottawa Heart Institute in 2001. In this role through 2012, he led significant changes in the Division of Cardiac Surgery. Under his leadership, the Institute’s valve repair program has become recognized as one of the best in the world.

His emphasis on repairing failing heart valves helped to establish this approach as a gold standard for treatment. In addition, he has encouraged the development of minimally invasive surgical procedures for coronary bypass grafting and complex cardiac arrhythmias, and during his tenure the Institute marked the milestone of its 500th heart transplant. Just as importantly, Dr. Mesana has been instrumental in fostering collaboration across scientific and clinical boundaries, always with the goal of enhancing patient care.

He has authored over 300 scientific publications and has been an invited lecturer in many national and international symposia.

He is recognized as one of the world’s leading heart valve surgeons, with specific emphasis in mitral valve repair. His leadership led to significant changes in the Division of Cardiac Surgery at the University of Ottawa Heart Institute, with the rapid development of complex and innovative mitral valve repair techniques in degenerative or ischemic disease, and the development of surgical ablation for atrial fibrillation.

He has also strongly supported and contributed to research in myocardial regeneration and endothelial stem cells. His group in Ottawa has published extensive studies related either to basic research in angiogenesis or to clinical research into long-term follow-up of patients with heart valve prostheses. These include studies on aortic prosthesis mismatch, predictors of long-term outcome, such as stroke, heart failure, mitral valve prosthetic mismatch, tissue valve durability, and re-operation rates.

Dr. Mesana has been directly involved in most of the research projects in the Division of Cardiac Surgery. 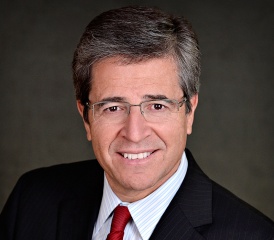